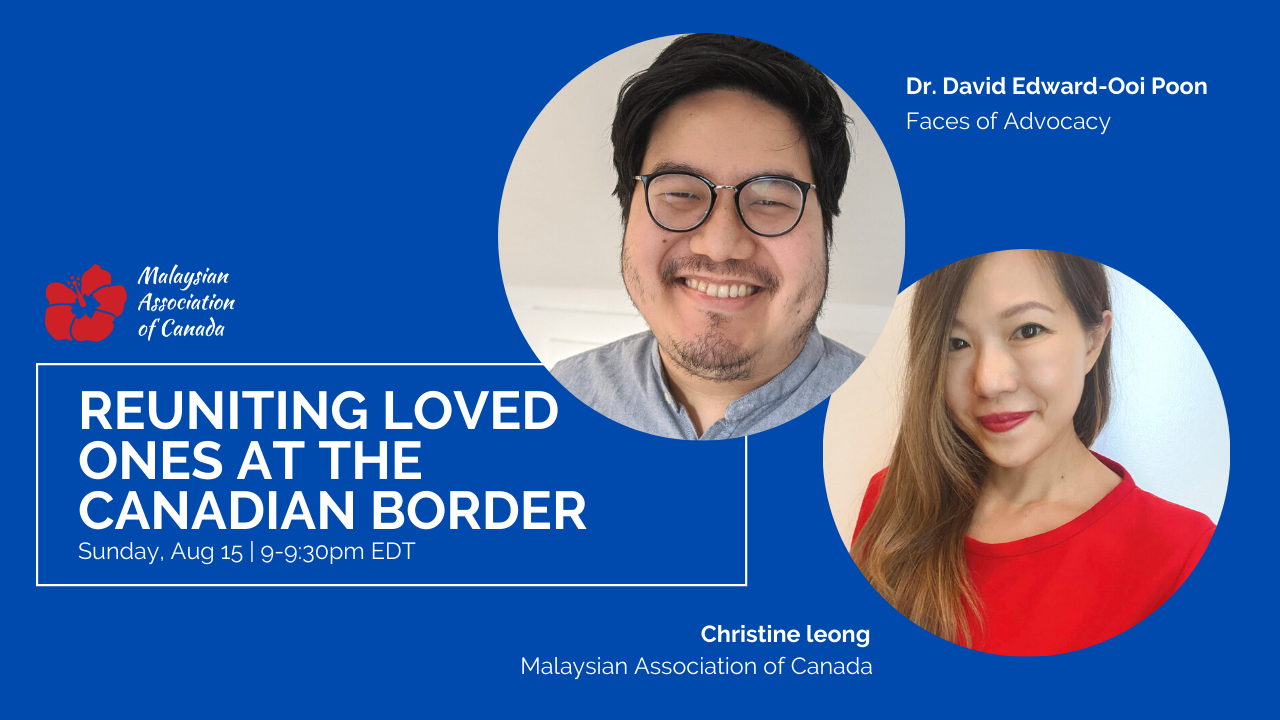 Conversation with Dr. Poon: Reuniting Loved Ones at the Canadian Border 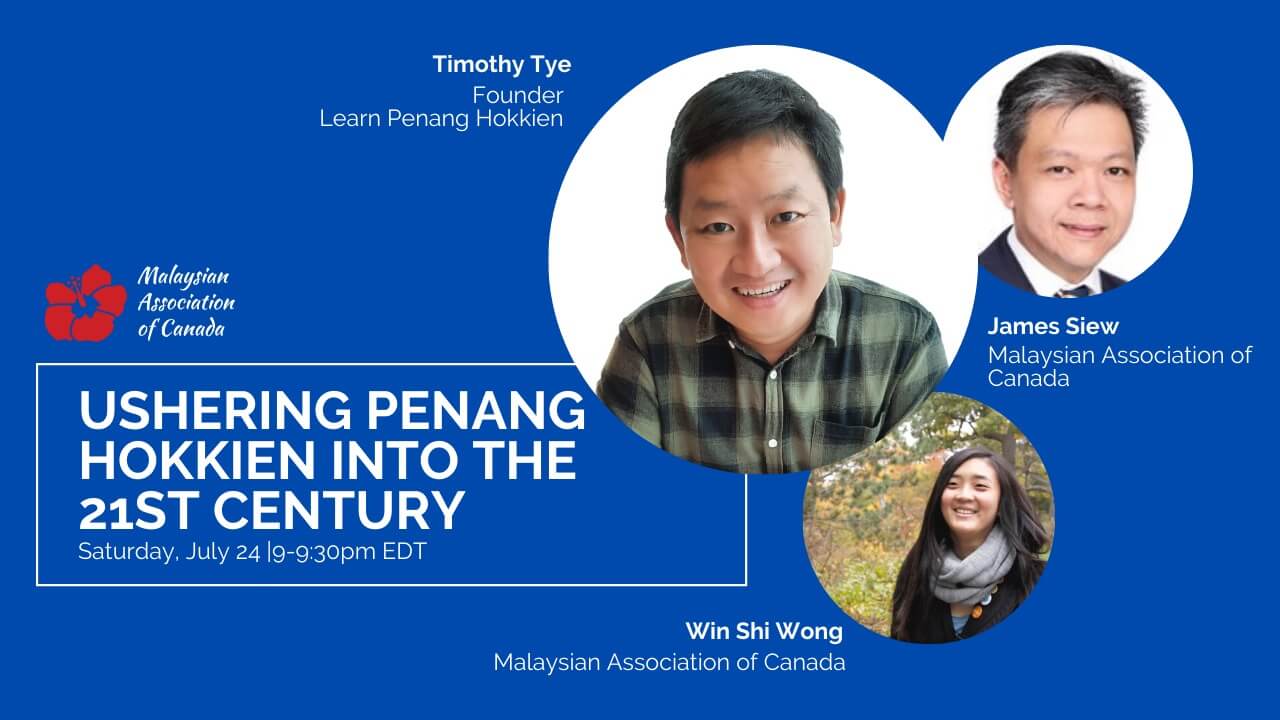 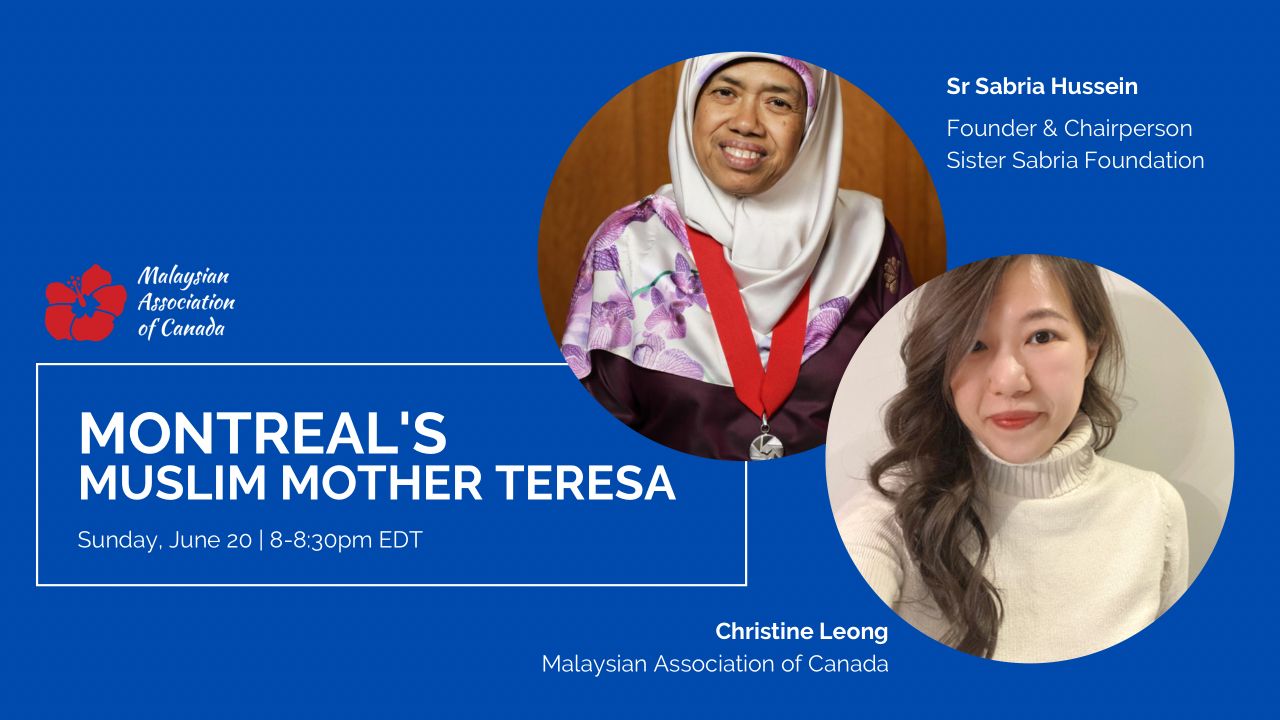 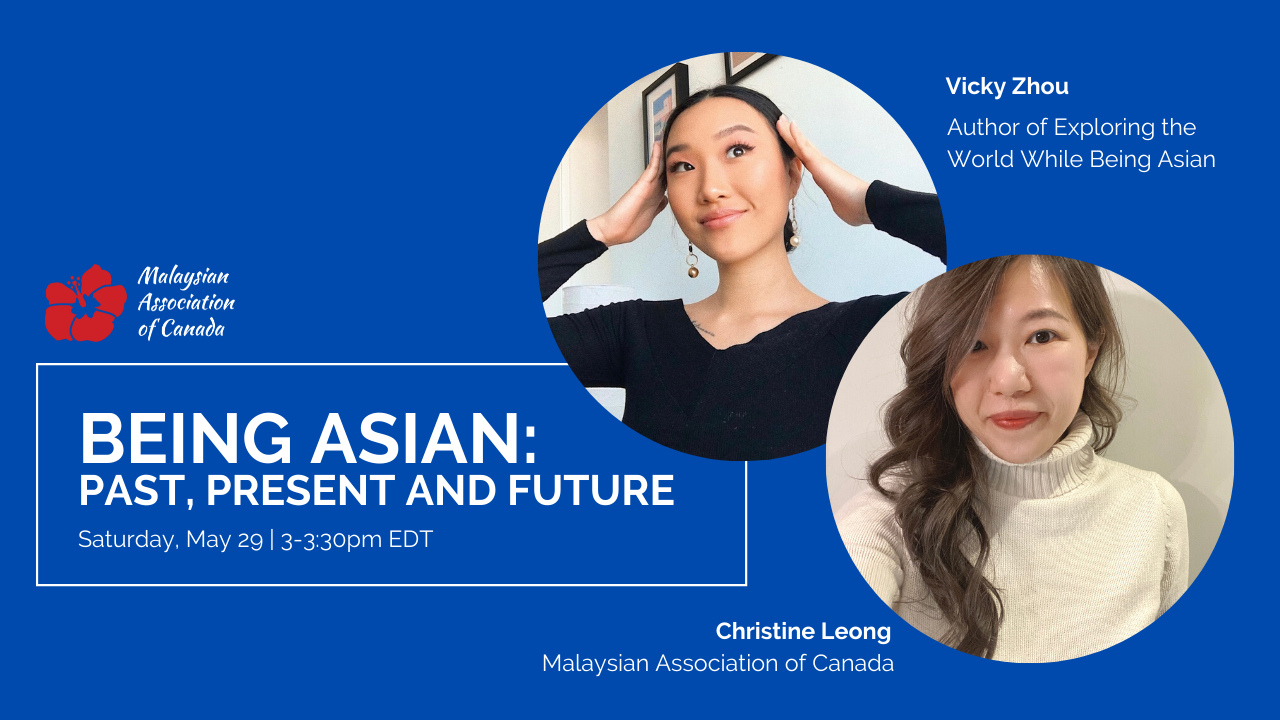 Being Asian: Past, Present and Future 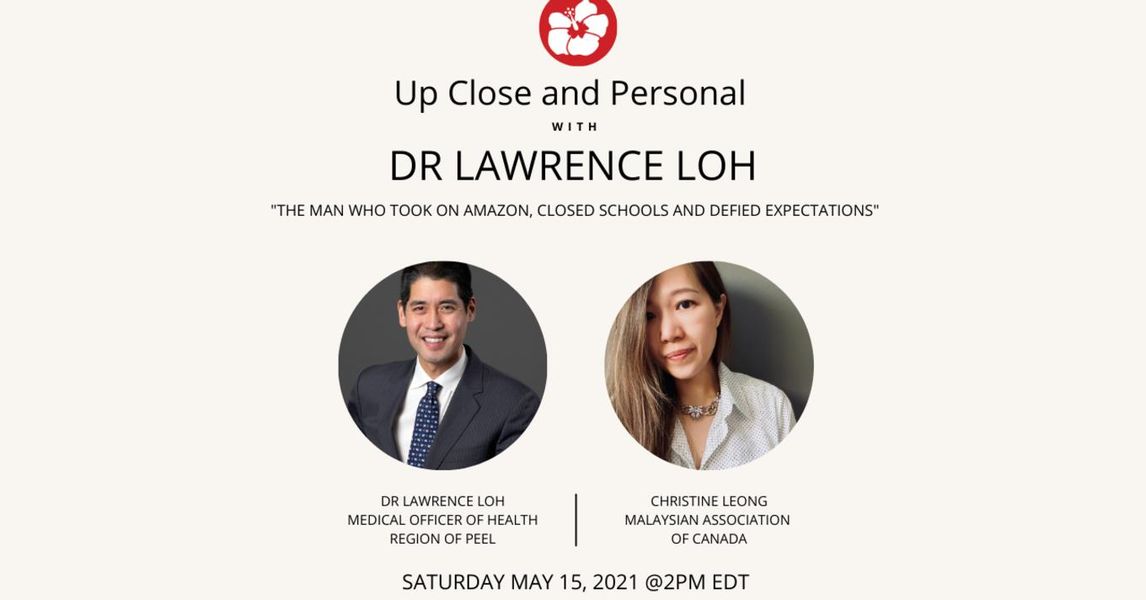 Up Close and Personal with Dr. Lawrence Loh

Malaysian Association of Canada (MAC) is looking forward to a conversation with Dr. David Edward-Ooi Poon.

Dr. David Edward-Ooi Poon is a Canadian family physician training to be a medical officer of health, and founder of Faces of Advocacy: Open The Canadian Border & Discontinue Quarantine Hotels a grassroots organization dedicated to the safe reunification of binational Canadian families during the COVID-19 related travel restrictions. With the help of over 12,000 members, they were directly responsible for the Extended Family and Compassionate exemptions into Canada. With multiple policies creating unfair immigration practices for Canadian families with loved ones overseas, his organization continues to push for safe, fair, and humane approaches to keeping families together.

In this interview, we will talk about what inspired Dr. Poon to start the organization, how to navigate the constantly changing Canadian travel requirements for Canadians and loved ones as well as what Faces of Advocacy can do for you if you wish to reunite with your loved ones in Canada during this challenging times.

His mother is from Kedah and he always has Indo Mie with egg alongside his Milo ice.

Join us on Saturday, July 24 at 9 AM EDT / Malaysia time at 9 PM for a conversation with Timothy Tye on Ushering Penang Hokkien into the 21st century.

Penang Hokkien is a living language, spoken as the lingua franca of the Chinese in Penang. Timothy founded Learn Penang Hokkien, where he and his team develop this language as a living intangible heritage. The mission of Learn Penang Hokkien is to turn this largely spoken language into a written one so that we can communicate in it in writing. As part of that effort, a new romanized writing system has been created for the language, so that people of all backgrounds can easily learn to read and write the language.

Timothy Tye is one of the champions of keeping Penang Hokkien alive in this present age. He is a full-time blogger and social media influencer from 2007 until the present day. Before that, he handled marketing communications for Dell in the Asia Pacific region. As a blogger, Tim has one of the largest individually assembled place-information websites in Malaysia. His passion is in researching local place information, which he has turned into a full-time occupation.

Join us on Sunday, June 20 at 8pm EDT for a lighthearted chat with this model Malaysian.

Known affectionately as the ‘Muslim Mother Teresa’ for the noble cause she has dedicated her life towards, Montreal’s Sister Sabariah Hussein, known by most as Sister Sabria, feeds up to 500 people a day. She cooks for a total of 400 to 500 homeless, needy or lonely people with the help of volunteers.

Born in Malaysia, she has devoted her life to helping others, placing their needs before hers. It’s a full-time job – and she doesn’t even get paid for it.

Sister Sabria’s involvement in the Montreal community dates back 30 years, when she arrived in Canada after completing international cuisine courses in Kuala Lumpur, Malaysia. She originally came to work as a specialized educator but found her true calling in volunteerism. As a devout Muslim, she is heavily involved with the Muslim community, cooking thousands of meals for mosques spread throughout the city. She lends a hand to anyone in need, regardless of race, religion or gender. In 2017, as her 70th birthday approached, she created the Sister Sabria Foundation aimed at implementing long-term solutions to eliminate hunger and support women in difficulty.

Join us to hear about Vicky’s perspective as a migrant and young Asian woman in Canada while discussing the topics of anti-Asian racism and Sinophobia in the US and Canada, inter and intra-racism due to colorism within the Asian community and being the “angry Asian” during these challenging times.

Vicky believes that our world needs more allyship, compassion and solidarity now more than ever. She hopes that her writing will empower the Asian community to rise against anti-Asian racism, and help to foster a sense of unity across BIPOC communities simultaneously.

MAC interviewed Dr. Loh on May 15 @ 2 pm EDT to get to know Dr. Loh as he shares about his Malaysian heritage, hobbies, perspective on anti-Asian racism and hopes and dreams post-pandemic. 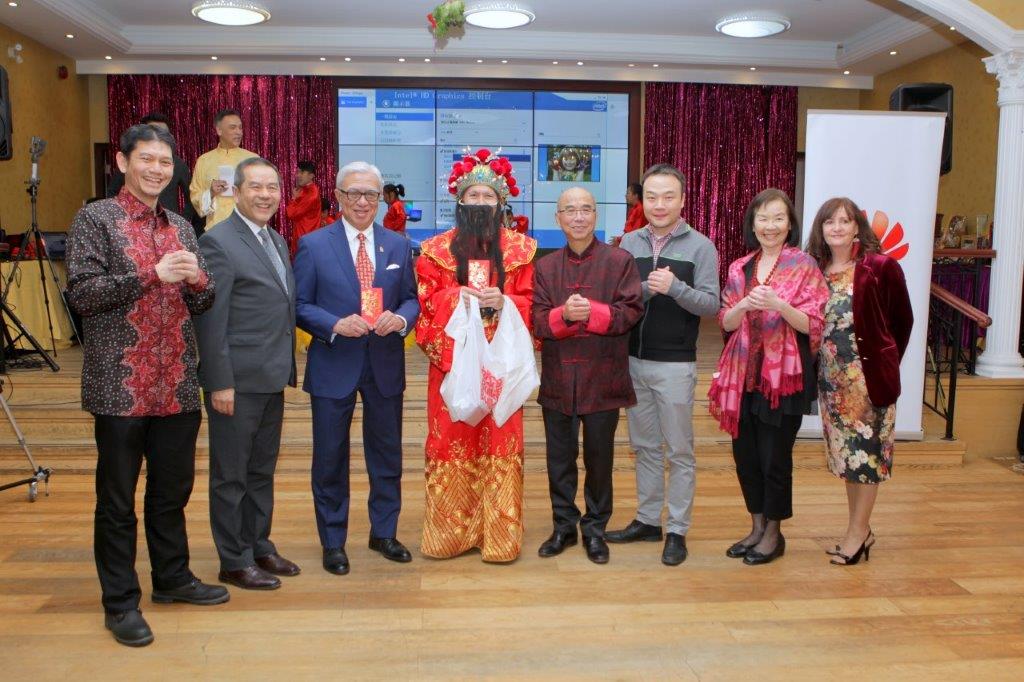 Every year, the members of the Malaysian Association of Canada come together under one roof to celebrate the Lunar Chinese New Year. 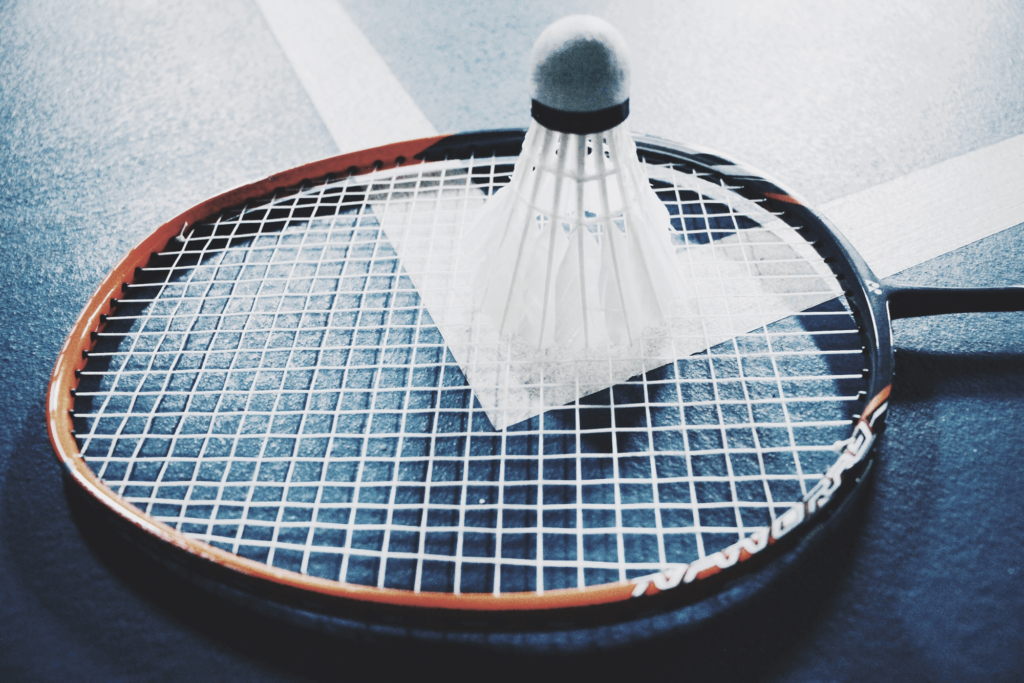 Time and Date: Every Tuesday. All MAC members and friends are welcome to join in. You can join us as members and save on the badminton fees!

Equipment: There are 3 courts available. Net and plastic birds are provided.